Starting with this post, you’ll find on my website a tutorial about the new Arduino Yun: I’m going to blog about my experiments with that board and show its features through real examples… today you’ll learn how to connect it to your wifi network!

One of the most useful features Arduino Yun has is the ability to connect to wired (Ethernet) or wireless networks without the needing of an external shield. 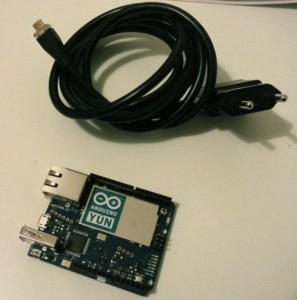 You can reach the administrative interface of Arduino Yun pointing a web browser to the address http://192.168.240.1. The default password is arduino: 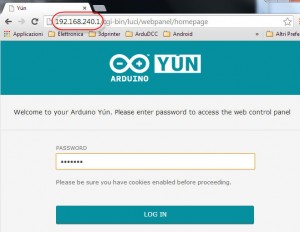 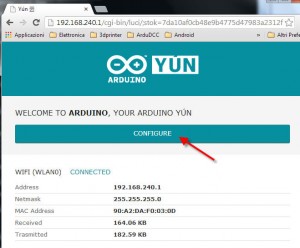 You can change the board’s name (in the screenshot I chose Yun-Luca), the password, the timezone and connect the Yun to one of the wireless networks it detected: 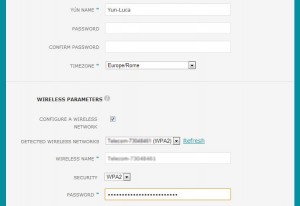 After a reboot, the board will be connected to your network!

Now you can use a new feature of Arduino Yun: the ability to upload a sketch using the network, without the needing to connect the board to your PC using a USB cable.

Open the IDE (warning: you must download the latest version, at the moment I’m writing 1.5.4r2) and choose Arduino Yun as your board.

The IDE will scan your network searching for Yun boards and, under the port menu, will display your board and its IP address:

You can now compile and upload your sketch as usual… when the upload process will start, you’ll be prompted for the Yun password: 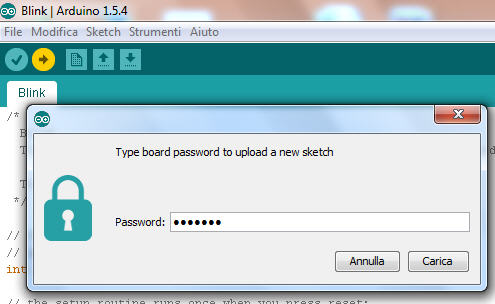 You can also connect to your Yun in text mode, using an SSH client (for example PuTTY per Windows)… in the next posts you’ll discover why this can be useful: 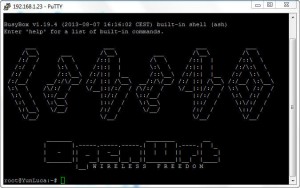