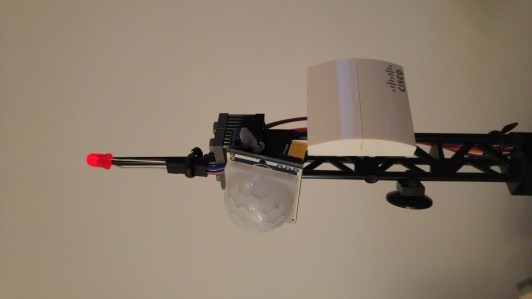 Now that we have an energized city, the electricity bills are coming in. Let’s figure out a way to turn off the lights when we are not in the room.

This is a pretty simple circuit. We just need to plug the motion sensor into a digital input pin and supply it 5v of power. We will then connect an LED and resistor to an output pin to indicate when motion has been detected. 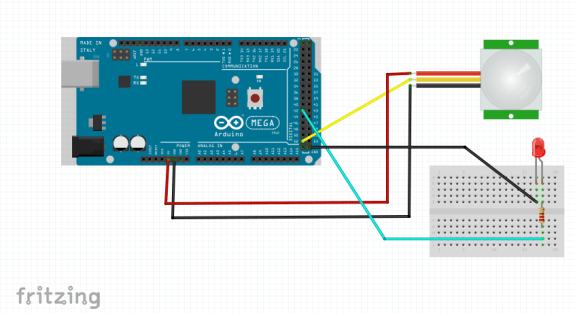 Initialize the board, the LED and motion detector. Then we just define a sensor listener that will be activated by the motion detector. An LED is connected to an output pin so we could get instant feedback when motion has been detected.

Now save and run your file.

I basically just stuck the motion sensor to a vertical strut beam, using tacky tape. I then attached the LED to the top of an antenna and used a twist tie to lock it in place.

Probably not the most polished build, but it was quick and easy. The exposed electronics kind of makes sense on a radio tower.