Today, Google held the keynote for its annual developer conference, Google I/O. As usual, the company took the opportunity to launch several new products and announce a bunch more that will come later. Here’s some of the best stuff we heard about today.

Android Gets a Huge Update with the L Release This Fall

Android’s been a bit overdue for its next major overhaul. The last time Google’s mobile OS got a major face lift was in the Fall of 2011. Now, Google has taken the wraps off of the so-called L release (presumably a dessert themed name will come later), which will launch later this year.

All the New Stuff in Android L

Today, Google switched up its usual paradigm and revealed its newest version of Android before it… Read more

For the first time, Google will allow developers to download a preview of the new version of Android to their Nexus 5 or Nexus 7 devices. This new OS will bring in the new Material Design UI (which we’ll get to in a bit), as well as bring a bunch of new features.

The L release will also improve performance by making the ART engine the default, introducing a new Battery Saver mode, and providing developers with detailed statistics on what’s draining your battery. The multitasking interface is also getting an overhaul with a new card-based design, as well as the ability to treat Chrome tabs the same way it treats apps, making it easier to switch between tasks.

Google’s Getting a Huge Makeover Across Platforms

Google is about to give all of its products a new change of clothes, starting with the L release of Android. The design is an evolution of the flat, card-oriented interface we’re used to, but adds depth and animation to every UI element. Google wants to treat each individual piece of the design like it’s a virtual object that exists in 3D space. Despite being flat and digital, they have behaviors, layers, and react when touched. It’s a neat idea and looks pretty fantastic. Expect to see this design theory expand over all of Google’s products on Android, Chrome OS, and the web.

Google just showed off the new look that the next big release of Android–the “L”… Read on gizmodo.​com

Google’s returned to the TV game yet again with Android TV. Attentive users will recall that Google already tried once with Google TV, and again with Chromecast. Unlike Chromecast, Android TV is a full interface that you can navigate on the television with your voice and a D-pad. Google search is fully integrated and allows you to search live TV or Google Play.

Google took the wraps off of Android TV today, an embedded platform that will come preinstalled on… Read more

You can use voice queries to search for content, or ask it general questions like you would with your phone. Google demonstrates by asking “Who played Katniss Everdeen in the Hunger Games?” The TV responds with the same info cards you’d expect from regular Search.

Android TV also comes with the some of the usual apps you’d expect from TV interfaces: Netflix, Plex, iHeartRadio. Hulu and Amazon are conspicuously absent (as they usually are when these things first come out). However, Android TV also supports Google Cast, so you can use the existing app ecosystem to stream to your TV, in the absence of native apps.

Around a month ago, Google finally released the Chromecast SDK. What this meant for us is that… Read more

Android TV also includes support for gaming. Developers can tailor their games for the TV, and even use phones and tablets as controllers for their games. Android TV is available for manufacturers to build into their televisions, as well as standalone set-top boxes, so you don’t need to buy a whole new TV to use it. Android TV will be available later this year.

Chromecast Gets Some Sweet New Features

Google announced some killer new features for the Chromecast. The first allows anyone to cast content to your TV without actually having to connect to the same Wi-Fi network. The Chromecast will display a pairing PIN on your TV that anyone can enter to cast to your device. The feature is opt-in so you can control when people are allowed to do so.

The Best Improvements Coming to the Chromecast This Year

Among its many other announcements, Google showed off some upcoming improvements to the Chromecast… Read more

You can also now mirror your Android device directly to the Chromecast. Simply tap a button and your device’s entire display will be mirrored on your television.

In what might be one of the most useful moves to the productivity-minded people, Google Docs can now edit Microsoft Office files natively. Upload your .docx files to Google Drive and you can edit them directly on the web or the Android and iOS apps. You won’t have access to all of the feature (like collaborative editing), but you can do many tasks without having to convert to Google’s proprietary format and back.

Today, Google took the wraps off its native Slides app for Android (which was promised a couple… Read more

Chrome OS Will Run Android Apps, Integrate with Your Phone 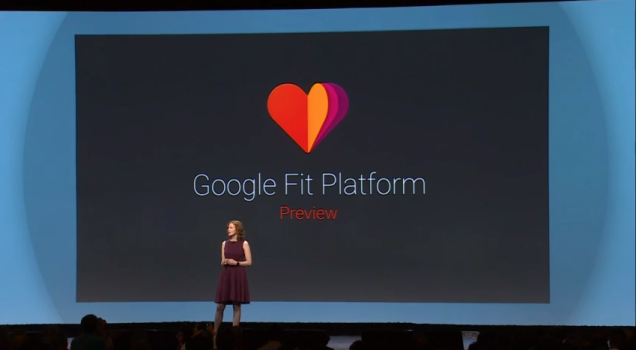 Health and fitness is one of the biggest trends in tech and Google wants a space on the bandwagon. The new Google Fit platform will allow developers to track fitness data, sync it across devices, and store it in a central place. Nike, Adidas, Withings, RunKeeper, and Basis have all confirmed they’ll begin using the service to track and analyze user data.

Google Wants to Keep Track of Your Vitals with Google Fit

Android Auto Controls Your Phone from Your Car’s Dashboard

Google’s bringing some of its best features to your car (provided you buy a compatible car, of course). Android Auto will allow you to plug your phone into your vehicle and the display will provide simplified, car-friendly controls for key apps. You can also use voice commands and get information on your car completely hands-free.