Generates maps based on distance between itself and obstacles autonomously and provides visual feedback.

In this project, we are using an ultrasonic Distance sensor. It generates sound waves beyond the scope of human hearing and measures distance by calculating the time required by these waves to hit an obstacle and travel back. This is similar to the principle used by bats and cruise ships.

Another component that we are going to use is a servo motor. It differs from the usual DC motor in that it can turn very precisely to a given angular position and hold its state there. When a servo motor is given pulses of a specific duration, it moves to the corresponding angular position. 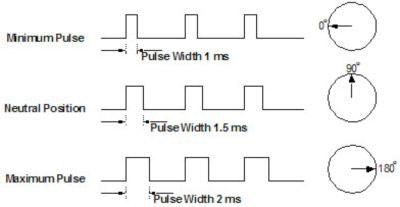 We will be using both these components to get a 180 degree field of view for our robot.

This project uses the following hardware