The main advantages of this kind of leds are:

Troniqa sells 8mm RGB leds that include an APA106 chip: in this short tutorial I’ll explain you how to control them with Arduino.

Each led has 4 pins: 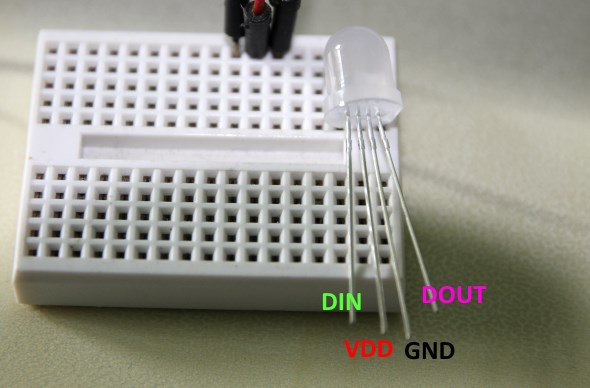 The connection is simple: power (5V and ground) must be connected to VDD and GND pins.

In this example I’ll use one led put on a breadboard and pin 6 of my Arduino to control it: 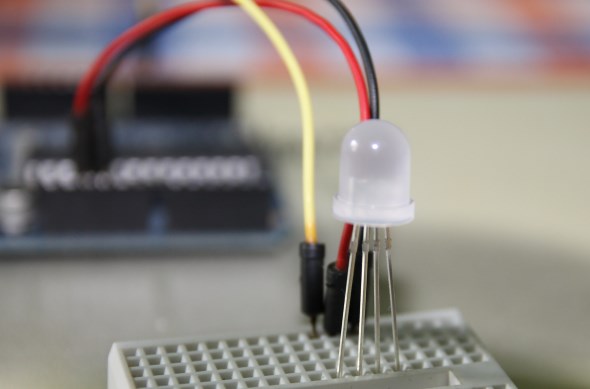 Adafruit developed an Arduino library (NeoPixel) to drive this kind of leds.

If you have an updated IDE, you can install the library through the Library Manager: 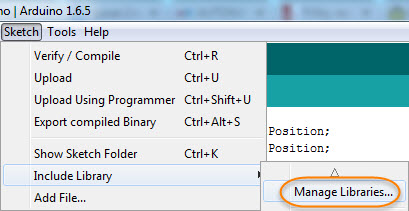 With the search function, you can find the Adafruit NeoPixel library; install it with a click on the Install button:

The usage of the library is very simple: define the number of leds that you want to drive, the Arduino pin you’re going to use and create a new instance of the Adafruit_NeoPixel object:

Adafruit published a fantastic tutorial that explains all the features of the library. For this blog post, I developed a simple sketch (you can download it from Github) that changes the color of the led through all the color wheel: