After having introduced you, in a previous post, the led strips and after having explained how to control adigital strip, today’s post is about a simple project I made after a request from a friend: make a strip led blink at a variable frequency.

Being the project is very simple, I decided to make it on a breadboard, with the help of the following components: 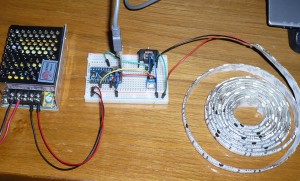 The different components are connected following the schematics below: 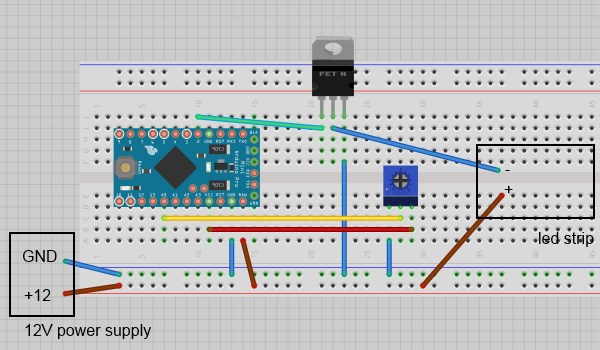 The sketch for Arduino is available in my repository on Github. 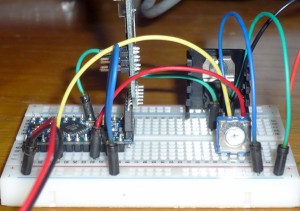 Let’s discover how it works:

Then it sets the initial value of the variables that keep the output status, the elapsed time and the blink frequency (1 second).

In the setup(), it configures led and strip PINs as output.

In the main loop it reads the value (between 0 and 1023) of the potentiometer and it scales that value, using the map function, to the interval 50-2000. This means the blinking interval can be a value between 50 and 2000ms.

It a time interval has passed…

… it inverts the output syatus …

… and powers on/off the led and the strip.

Here’s a short video about the sketch: